The children change their books on a daily basis. Please ensure they bring a water bottle into school for fruit and drinks time after play time. Our PE day is a Wednesday - please ensure your child comes in PE clothes and a school jumper.

Swallows enjoyed reading the 'Owl who was Afraid of the Dark' and linking it to our Science work through the range of light sources. We created character descriptions and retold the story in our owns words with our own new character.
In Term 1, we learnt about a range of light sources and how shadows are formed. We used torches, black card and chalk to create our own silhouettes before seeing whose silhouette we could identify. We build on this by creating a range of monster shadows in the playground. Using the sunlight we created shadows that had 4 arms, multiple heads or other odd features.

Our work on light and shadows culminated in a TASC activity to produce our own shadow puppet retelling of the story of Rama and Sita. Each child investigate a range of puppets, tested materials and then made their own shadow puppet. We tied it into our English by writing a script and then putting on a performance in our own special shadow puppet theatre. You can see the Big Book, created from this week, below.

Also during term 1, we read the story of 'The Iron Man' by Ted Hughes and wrote a range of texts, including a diary entry from Hogarth. We investigated how magnets work and completed a Home Learning task to create our own magnetic board games. We shared these with the class during our Friday reflection and even had a chance to play each other's games.
Romans Rock!
During term 2, we learnt about Roman Britain and the Roman way of life. To better understand our own British history, we also looked at Celtic Britain and the conflict that arose through the Boudicca uprising. We compared Roman Villas and Celtic Roundhouses, created posters about what the Romans brought to Britain and wrote a newspaper report on Boudicca. We finished off our topic by creating a festive mosaic for those we care about.

Swallows have also been involved their DT project this term linked to our Roman topic where the children have designed and built their own Roman chariots! They have used both materials and tools safely and efficiently.

A surprise visit from a Roman soldier!

Swallows have thoroughly enjoyed having their visitor from the past! They have spent a morning re-enacting exciting stories from the Roman period and getting to know what it was like being in the Roman army. They practised marching, listening to instructions and working as a team whilst becoming familiar with various techniques and formations used in the Roman army. It was an unforgettable experience for the children,  that has helped inspire and engage them in our history topic this term.

Swallows have enjoyed investigating shadows and reflective surfaces.  They have worked scientifically to recognise patterns in how shadows change in size and shape.  Also they have particularly enjoyed applying their skills and knowledge of opaque and translucent materials to their TASC project where they designed and created shadow puppets for their play based on Rama and Sita (the story of Diwali!) The creative project was a fabulous opportunity to combine their scientific learning with their RE and literacy skills as well as their art/DT skills. 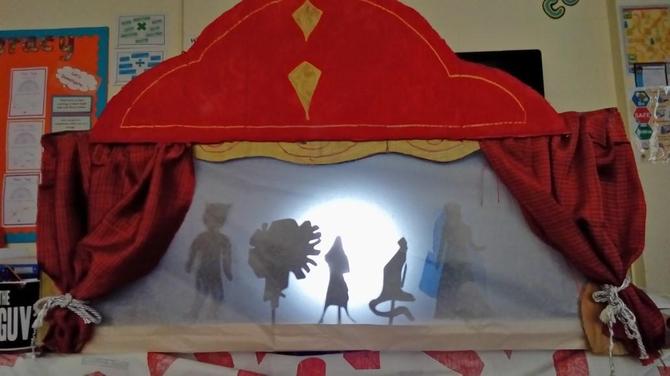 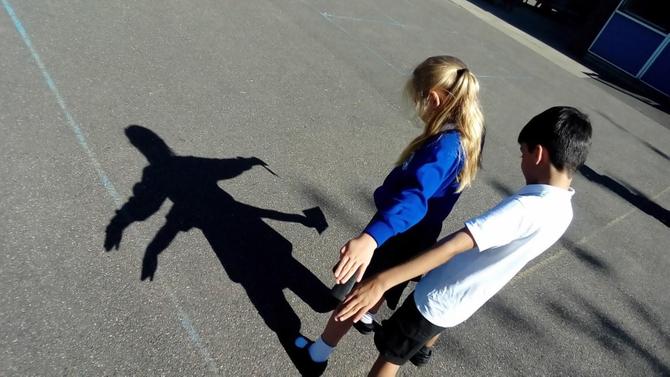 A visit from a Roman soldier!

Swallows have thoroughly enjoyed their surprise visitor from the past! They had the opportunity to learn all about what life was like in the Roman army and re-enact Roman stories and scenes! They learned all about the secrets of success of one of the most powerful armies in the history of the world!

Inspired by our Romans topic, Swallows have enjoyed designing and making their own Roman chariots. They explored different types of axles and looked at existing products. After learning how to use the tools safely, Swallows practised measuring the wood they needed to cut, holding it in place using a vice and then cutting the plywood using a coping saw! They will now enjoy decorating their chariots using Roman designs.

Diwali-the festival of light
Swallows have been learning about Diwali and understanding how it brings a sense of belonging to Hindu children. They have been learning about the story of Rama and Sita and how it represents the victory of 'good' over 'evil' or 'light' over 'darkness'. Swalllows have been able to use Diwali to reflect on and make links to the 'golden rules' we value at school . They have also made Diva lamps and designed Rangoli patterns to extend their cultural understanding through art. 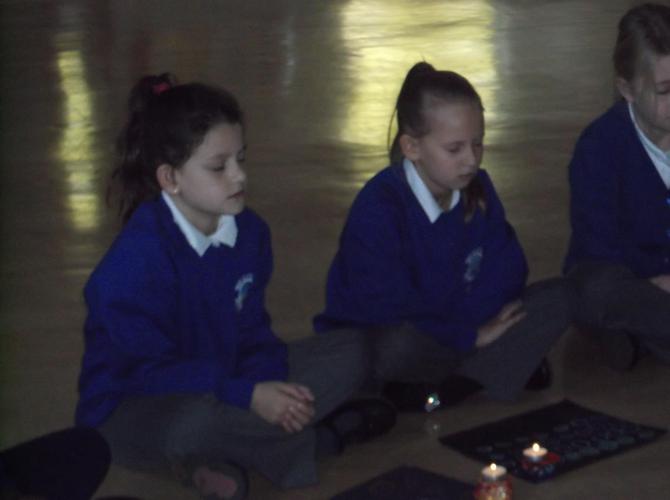 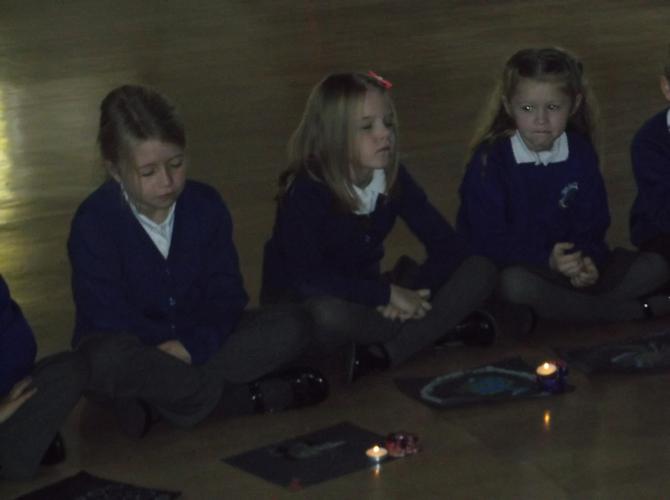 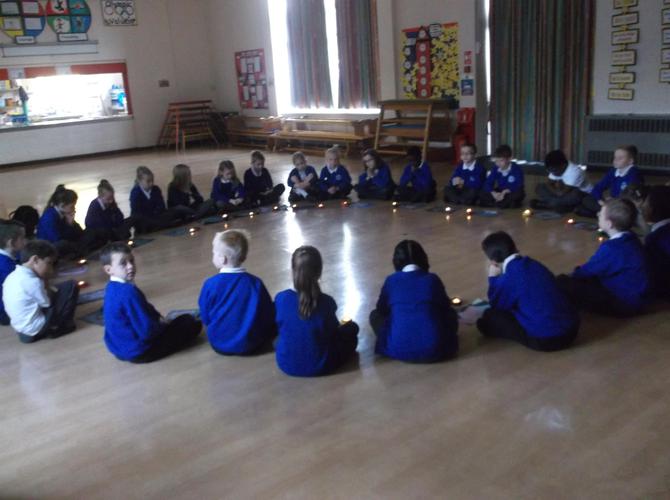 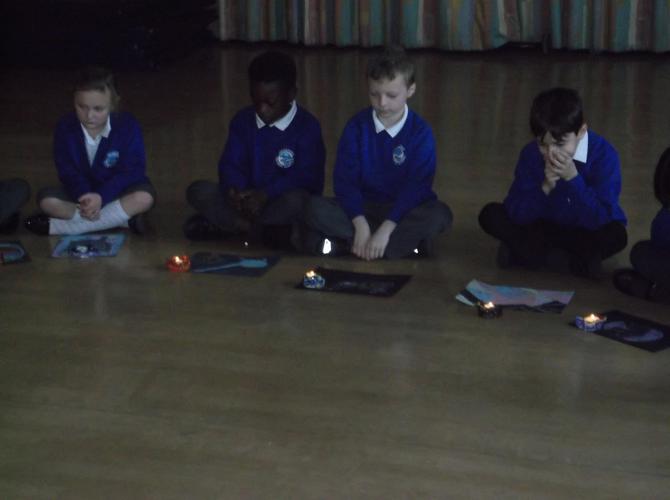 In term 1, Swallows have been exploring light and shadows. They have investigated how to change the size and shape of their shadow using fair testing and taking accurate measurements. They have been making careful observations about their shadows and playing shadow games. Swallows have also been learning about sources of light and reflective surfaces, thinking about how to stay safe in the sun and protect their eyes!

Furthermore, Swallows have had the opportunity to apply their scientific knowledge and understanding in their writing where they have written clear explanation texts for other children about how shadows are formed and have written poetry about reflective things they see in their surroundings. 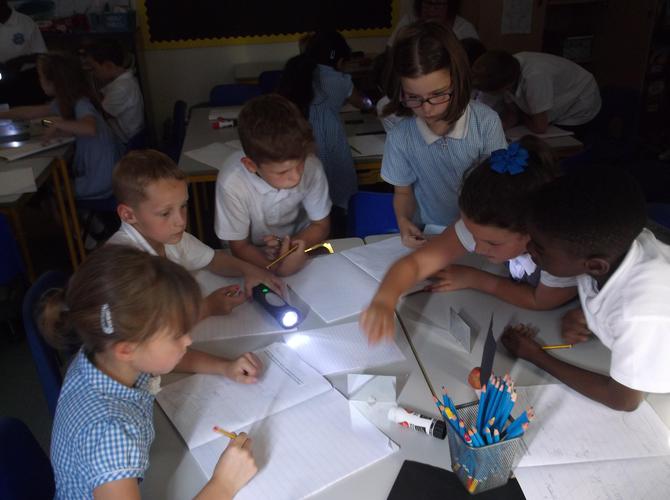 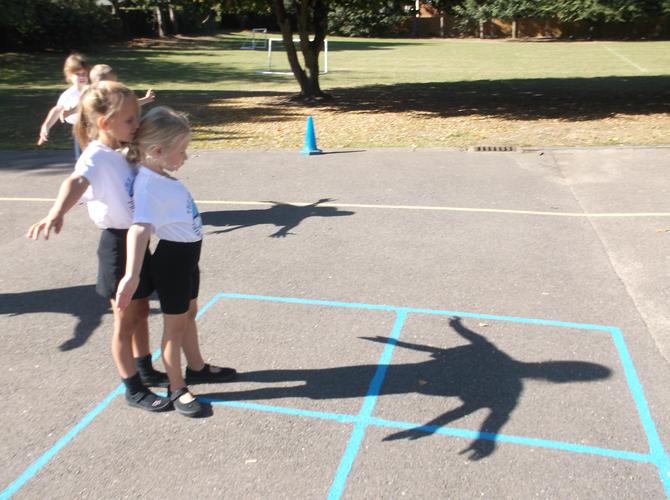 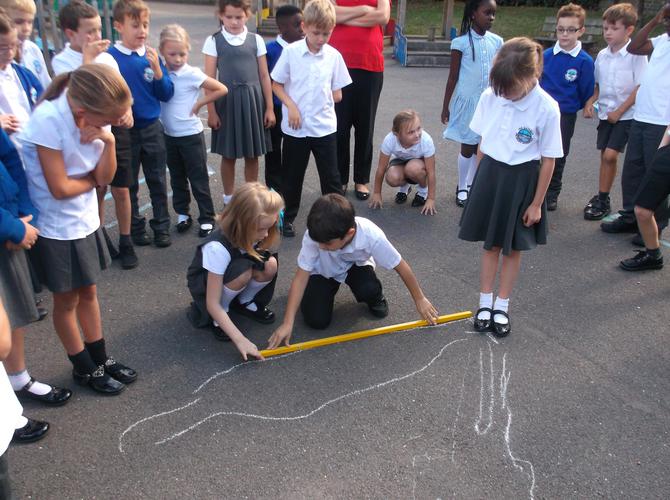 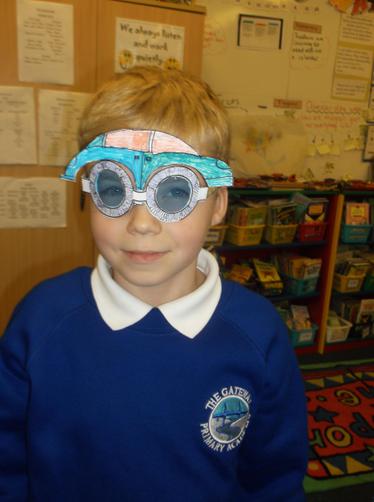 Swallows have been learning about rocks and fossils. The have been finding out about how fossils are formed by creating their own fossils encased in sedimentary rock, using clay and plaster.  They then had the opportunity to discover and experience what being a fossil hunter is like when they had the responsibility to carefully excavate and identify each other’s fossils! 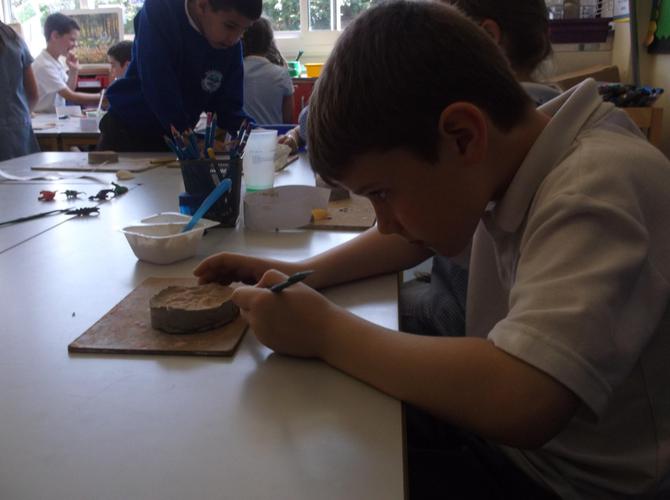 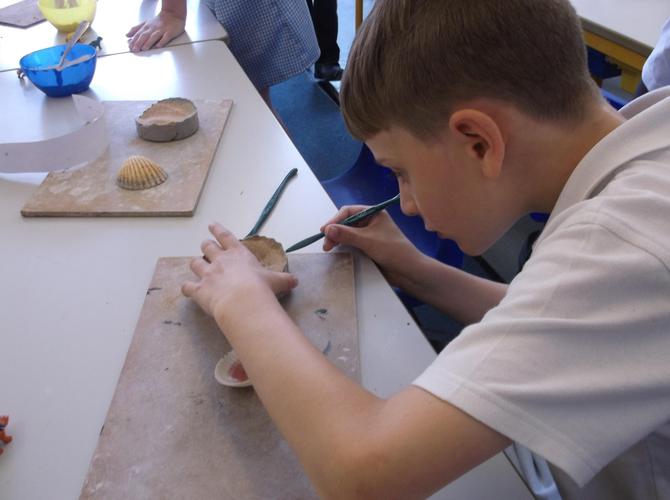 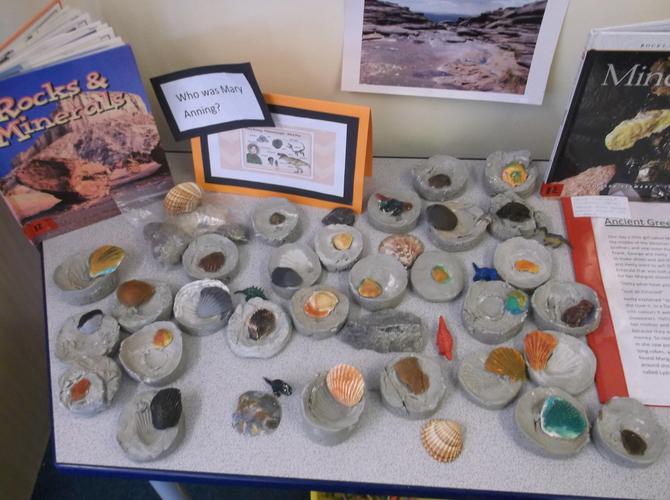 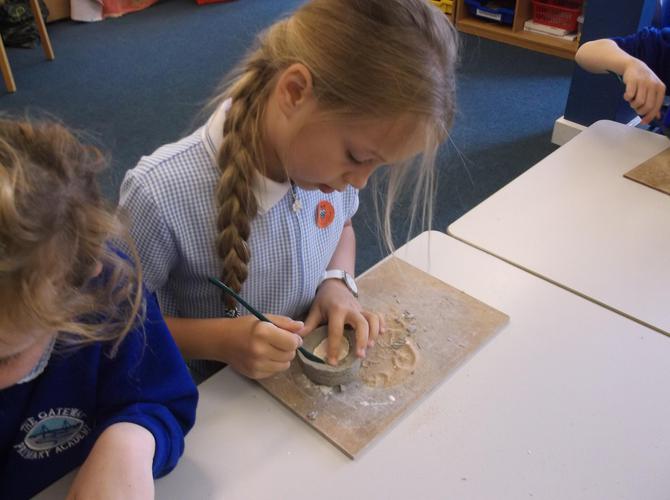 To celebrate St. George’s day, Swallows designed and made their own parade item (a portcullis!) for the parade. They then had the opportunity to take part in the Dartford parade where they marched and proudly carried their work as well as their British flags! 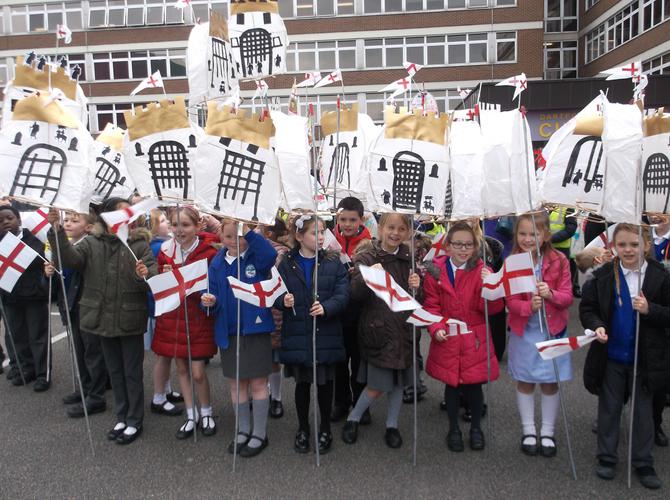 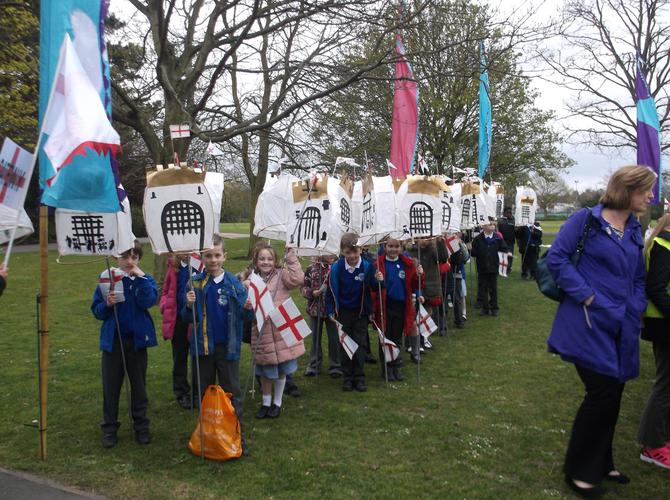 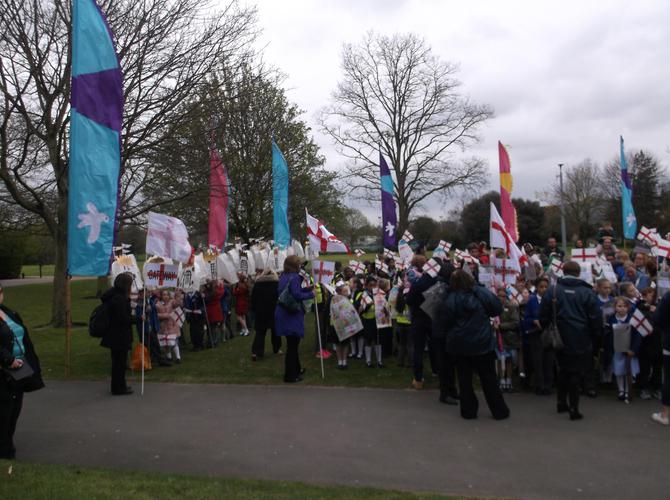 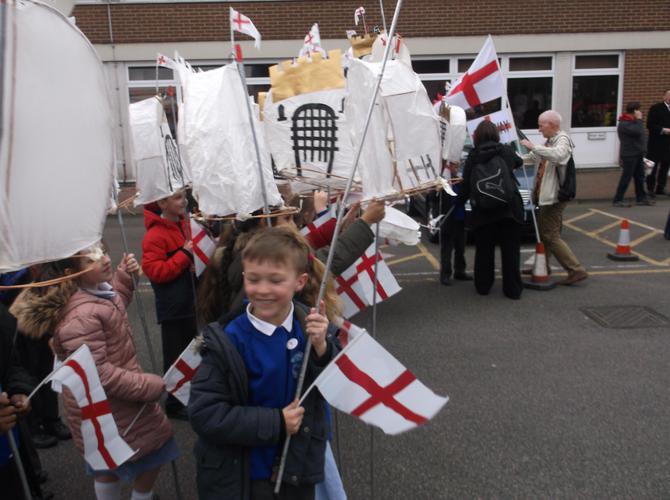 As part of our Geography unit with links to our British values, Swallows have had an opportunity to interview the mayor of Dartford when he came to visit us in our class room.  This was followed by a special visit to the council chambers. They found out about the role of the council in improving our area and how democracy was practised within the council. 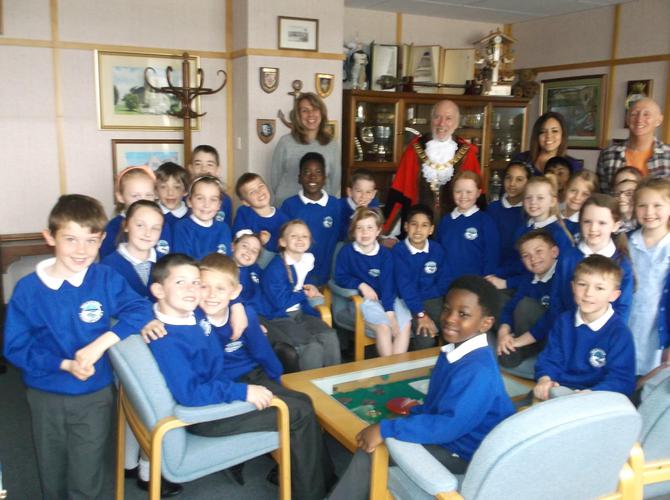 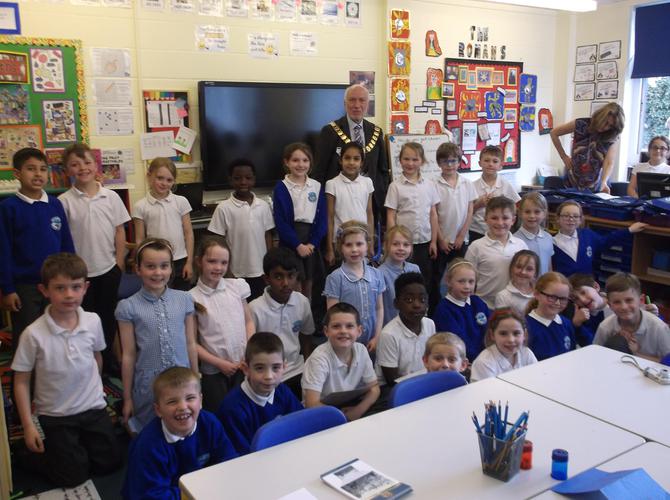 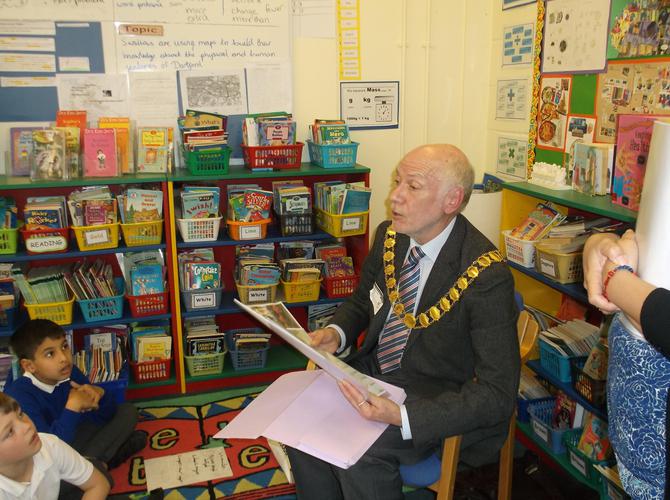 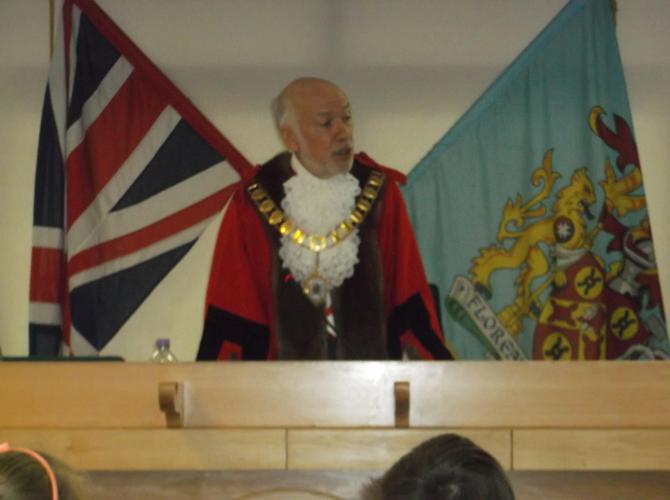 Last term, we thoroughly enjoyed our Science topics.  We have been working scientifically to investigate light and shadows, we particularly enjoyed making our silhouettes and playing shadow games. Furthermore, we investigated how shadows are formed and how they change in size and shape.

We linked our scientific knowledge and understanding to our Literacy topic where we wrote and performed poems about reflective things. We also wrote instructions on how to make shadow puppets. 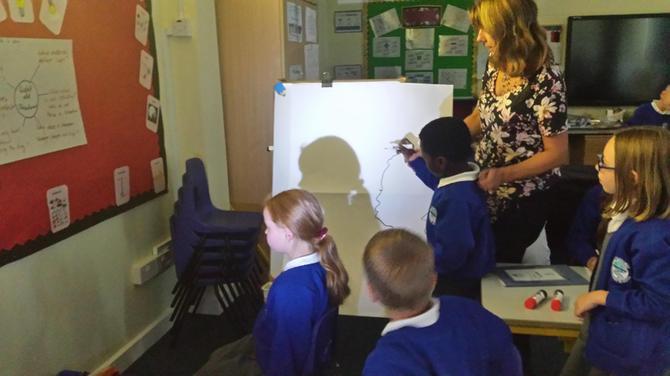 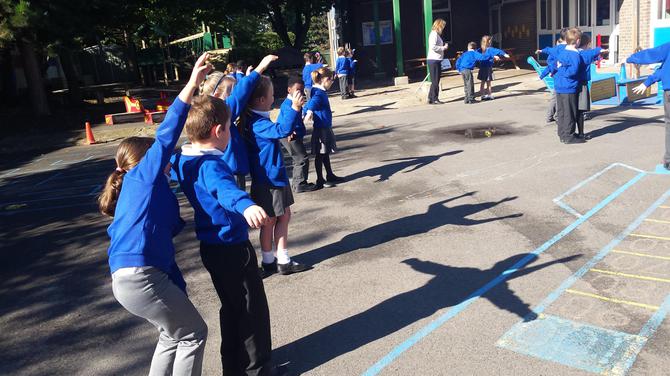 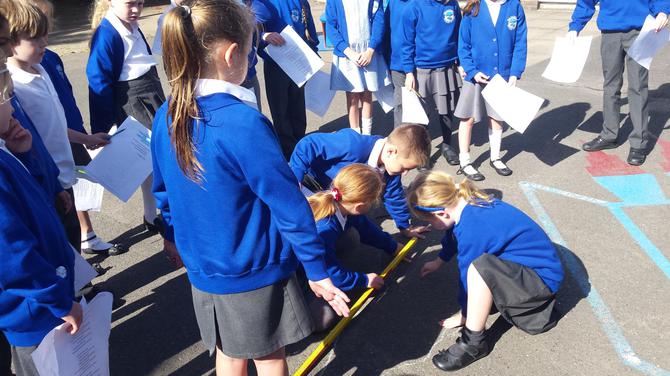 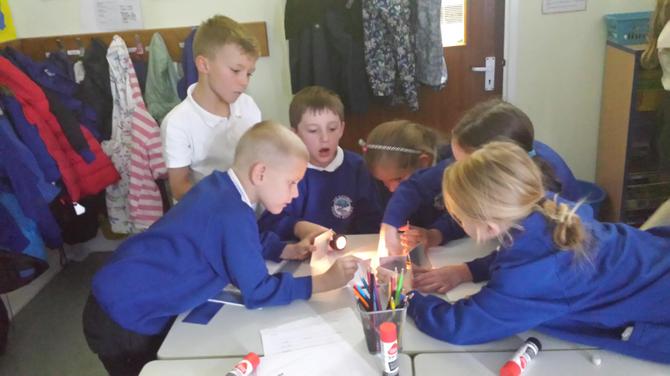 Diwali - The festival of Light

We have been learning about Hinduism in RE this term, focusing on Diwali the festival of Light. We have been exploring how Hindu's celebrate Diwali and we have learnt that it is a celebration of good vs evil, Hindu people come together and feel a sense of belonging during this time.

We have done a great deal of cross-curricular work, we have designed and made traditional diva lamps, designed rangoli patterns,  written information texts about Diwali, we have acted out parts of the story of Rama and Sita and we have considered how we feel that sense of belonging in our lives. We really enjoyed our end of topic celebration of togetherness when we came together as a class and lit our diva lamps in the hall. For more information have a look at our Hinduism display in the corridor. 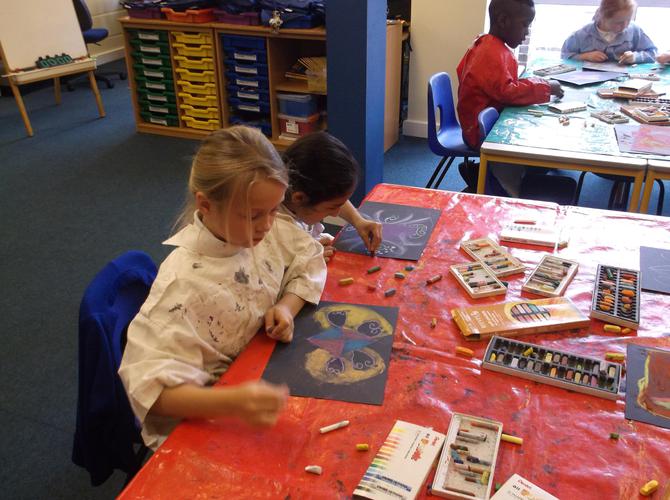 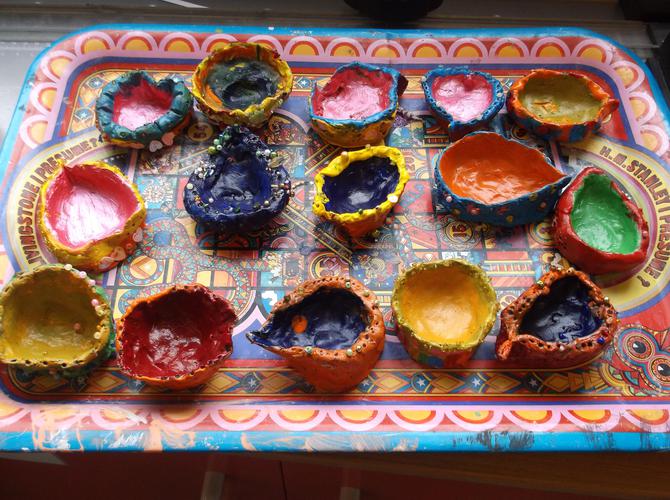 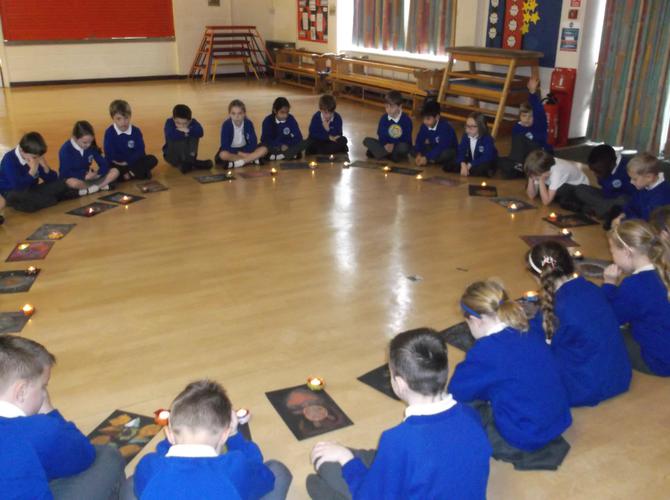 Life in Roman times has been our focus this term in Year 3. We have learned about houses, clothing, the Roman Army and many other interesting things.  It has been fascinating to look back nearly 2000 years at how this great civilisation changed our country forever. Did you know that many of our roads were originally built by the Romans?

We were also lucky enough to visit the remains of a Roman villa at Lullingstone in Kent. This really made our topic work come to life!

On 23rd April we went to Dartford town centre for the St. George's Day Parade. We made shields before the day and celebrated this special day by carrying our shields as we walked with other schools  through the town to the bandstand in the middle of Central Park where we also enjoyed a performance of George and the Dragon by a local drama group.

This year we have learnt a poem called 'Jabberwocky' by Lewis Carroll. We performed it to the rest of the school as part of our a special book week. We also wrote about the story of Alice's adventures in Wonderland and entered the school writing competition.

We have had a great time in Geography this year learning about maps, places and the world around us. We had a fun time designing a new town for Kent. We have learnt to read the key on a map and add this to our own work. As part of this project we designed and built our own prototypes of a new clock for our own town of Dartford.

Oui! For the whole of this year we have been lucky enough to learn a lot of French with the help of Monsieur Birchnell from Dartford Grammar School. We played Jacques a dit (Simon says in French!), we learnt a French poem, we have read a French book called Pierre et Monsieur Bonhomme de neige (Peter and the snowman) as well gaining a lot of useful vocabulary. We certainly feel if we ever went to France that we could get by now!

It has been great learning to play the recorder with the help of our new music teacher Miss Neighbour. The first note she taught us was B and from there were have learnt many more so that now we can play songs like Three blind mice and Wind and rain. We feel we have achieved lot with Miss Neighbour and can’t wait to learn more!